Thousands of nominations were received from which the panel of judges – National Garden Scheme chief executive George Plumptre, garden designer Paul Hervey-Brooks, garden photographer Clive Nichols and The English Garden’s editor Clare Foggett – have selected a shortlist. With 30 shortlisted gardens, five in each of the Scheme’s six regions (South East, South West, East, Midlands, Wales & The Marches and North) the nominations reflect the true diversity of gardens within the National Garden Scheme. 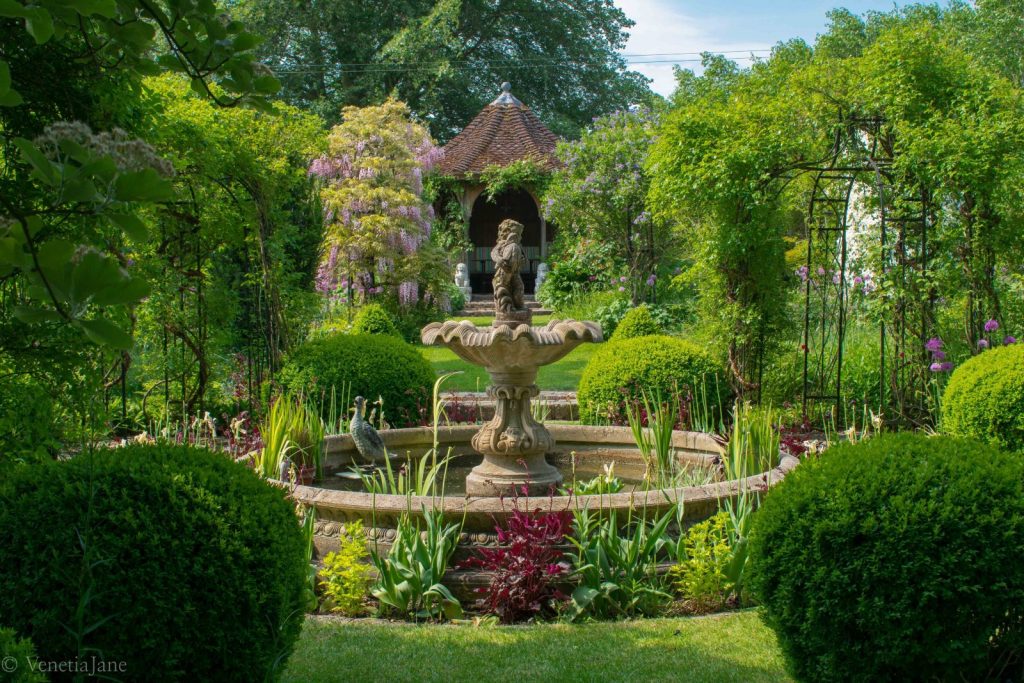 Clare Foggett, editor of The English Garden said: “The thousands of nominations we received in our competition to find the nation’s favourite National Garden Scheme gardens have given us a shortlist of gorgeous and very worthy candidates to be the ultimate winner.”

George Plumptre, CEO of the National Garden Scheme said: “With so many outstanding gardens in the shortlist, choosing where to cast your vote could be tricky. We can’t wait to see which gardens win in each region, and which garden will be voted our overall champion.”

To vote for your favourite and to see the shortlist visit theenglishgarden.co.uk/ngs between now and 30 September – one vote per person. By voting, participants could also win a fantastic River Danube cruise with Viking Cruises. Voting closes on 30 September, and the winners – one for each region, and one overall champion – will be revealed in the autumn.

Sir Edwin Lutyens laid out The Salutation in Sandwich, Kent, in 1912. Today the gardens include a series of symmetrical rooms each with a different purpose and the flamboyant planting includes heirloom, rare and drought-tolerant plants.

For 40 years, Great Dixter, in Kent, was the home of gardener and garden writer Christopher Lloyd. Now under the stewardship of Fergus Garrett and the Great Dixter Charitable Trust, its planting reflects a combination of Lloyd’s creativity and Garrett’s skill.

Seven walled sections comprise the three-acre gardens at Little Court in Winchester, Hampshire. Dating from the 19th century, the gardens include fulsome herbaceous borders, and thousands of naturalised crocuses that bloom in spring, making it superb to visit early in the year. Rich summer colour abounds in later months.

The Old Rectory in Farnborough, Berkshire, was once the home of John Betjeman. This is a classic parsonage garden with herbaceous borders, roses, a secret garden, productive garden and even an arboretum and bog garden. The property dates from 1749.

Kew Green Gardens in London is actually five discrete but adjoining gardens that combine to form one large and unique space extending over one-and-a-half acres. Borders are low and contribute to viewing, while clematis and roses climb between gardens to unite the whole.

Raised beds backed by a small gothic orangery filled with tender plants are a feature of The Old Vicarage at Burley in Rutland. This country garden, planted for year-round interest also contains a walled garden with vine house and a rill with an avenue of standard wisteria.

Work on transforming the overgrown wilderness at Mitton Manor, Stafford, began in 2001. Today the seven-acre garden attached to a Victorian manor contains rooms of different styles, as well as box topiary, prairie planting and a woodland bordered by a stream.

In Underwood, Nottinghamshire, Felley Priory is a garden for all seasons with yew hedges, topiary, snowdrops, hellebores, herbaceous borders and a rose garden. A small arboretum and borders filled with unusual trees, shrubs and bulbs also feature.

Little Malvern Court in Worcestershire is a former Benedictine Priory and striking architecture is the foil for garden rooms and terraces designed and planted in the 1980s. A chain of lakes, terraces and a maze also feature here, as does a notable collection of old roses.

Old yew and holly hedges bring structure to the 10-acre grounds at Coton Manor in Northamptonshire. Herbaceous borders are a speciality and are especially eye-catching in late summer. An adjacent nursery is stocked with plants propagated from the garden.

The south-facing Bluebell Cottage Gardens in Dutton, Cheshire are wrapped around a cottage on a quiet rural lane. The classic country style includes informal beds packed with hardy herbaceous perennials, while in spring a woodland walk comes alive with the cottage namesake. (Featured image)

Larch Cottage in Penrith, Cumbria, is well-known for its nursery but the surrounding gardens are important in their own right. Find a Japanese dry garden, flowing perennial borders, a small lake and even an Italianate columned garden specifically for shade plants.

Three generations of women have gardened at Kiftsgate in Gloucestershire, where the distinctive grounds are packed with tree peonies, hydrangeas, abutilons, as well as species and old-fashioned roses, not least ‘Kiftsgate’.

Designed by Cleve West, Horatio’s Garden at the Duke of Cornwall Spinal Treatment Centre in Salisbury, Wiltshire, features low, sinuous limestone walls and densely planted beds that double as seating. The garden opened in 2012 and is maintained by a head gardener and volunteers for the benefit of long-stay patients.

The University of Bristol Botanic Garden is unusual for being contemporary in design. A network of paths leads visitors through Mediterranean flora, rare native and useful plants, and those illustrating plant evolution. Glasshouses for collections also feature.

Five acres at The Old Rectory in Netherbury, Dorset have been tended by the present owners for 25 years. While formal topiary defines beds close to the house, the gardens open up to large drifts of naturalistic planting, and a bog garden with pond and stream.

Kathy Brown’s garden at The Manor House in Stevington, Bedfordshire beautifully combines garden rooms and views. In late spring, cherries, lilacs and orchard trees blossom above meadows of camassias, while wisteria flowers above swathes of alliums.

In Rayleigh, Essex The White Garden is exactly that: inspired by the white garden at Sissinghurst, owner Louise Reed has planted it entirely with white-flowering plants including roses, clematis and hydrangeas, in an informal cottagey style that beguiles its many visitors.

East Ruston Old Vicarage in Norfolk is the work of Alan Gray and Graham Robeson, who have transformed once featureless farmland around their home into a multi-faceted garden full of flamboyant colour and features such as the Desert Wash, peppered with California poppies.

Near Grantham in Lincolnshire, at Easton Walled Gardens, Lady Ursula Cholmondeley is renowned for growing magnificent sweet peas, but there is much more to explore at this lovingly restored estate such as the rose meadow and pretty cut flower ‘Pickery’.

In Letchworth, Hertfordshire, Serendi is a garden for all seasons, with spring bulbs soon followed by summer roses. Innovative gravel areas such as the ‘dribble of stones’ feature angel’s fishing rods and grasses.

Near Leominster in Herefordshire, the four-acre gardens of Stockton Bury have developed over 30 years into an acclaimed garden that includes the original Victorian kitchen garden, pigeon house, tithe barn and extensive collections of plants, many rare and unusual.

Find Nant y Bedd in the Black Mountains near Abergavenny. The garden here blends wild and tame, with organic vegetables, natural swimming pond and wildflowers hidden within a woodland setting, and a strong emphasis on eco-friendly gardening.

The garden at Hurdley Hall in Powys surrounds a timbered 17th century house and boasts herbaceous and mixed borders, ponds, topiary and a kitchen garden. Its setting, adjacent to a nature reserve, includes meadows, ancient woodland and a newly planted orchard.

Wollerton Old Hall, near Market Drayton in Shropshire is well-known to many and loved for its picture-perfect borders with towering delphiniums, timbered 16th century house bedecked with climbing roses and immaculate mirror-like water feature.

In Tregaron, Ceredigion, Ysgoldy’r Cwrt, is a one-acre hillside garden with sloping ground given over to wildflower meadow. Four natural ponds and bog area extend the planting opportunities; there is also a rose walk, acer collection and large collections of irises.

An unprecedented start to the garden visiting season