The UK’s leading supplier of biological pest controls for domestic gardeners reports this Spring that nematodes now account for a quarter of all slug control in our gardens.

Nematodes are microscopic worms found naturally in the soil and scientists at BASF, which runs the UK’s only nematode production facility, are experts in identifying different species of these 2mm-long creatures to tackle different pests. 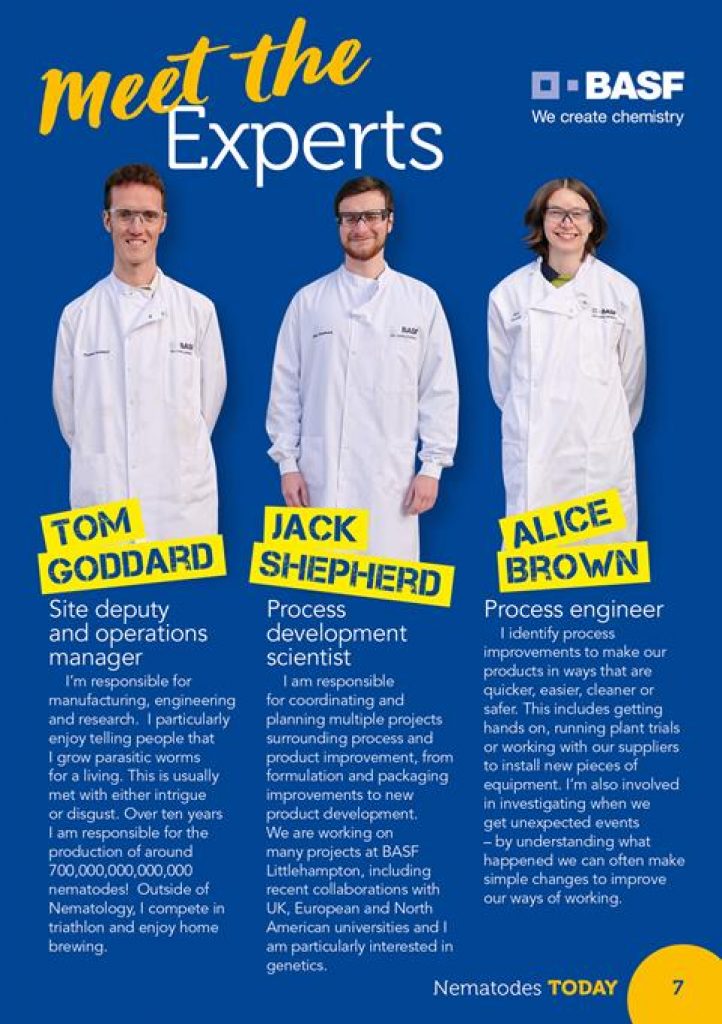 In the 25 years since its brand Nemaslug was created specifically to target slugs, three million packs have been sold to British gardeners.   The equivalent of 120,000 square km of the UK – that’s half our total land mass – has been sprinkled with 37 trillion tiny worms, intent on tackling slugs. 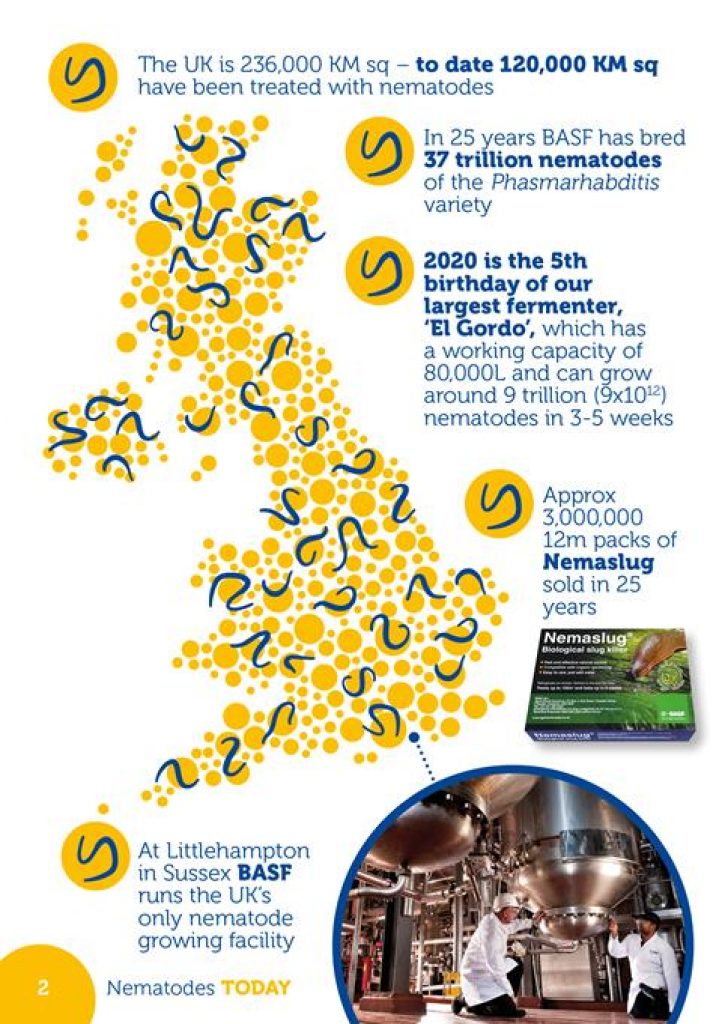 To mark the 25th anniversary of Nemaslug, here are ten amazing things you never knew about nematodes and possibly didn’t even think of asking:

Nemaslug and other Nemasys products arrive in the form of a fibrous paste. The nematodes are still alive so must be used within three days. The gardener should mix them with water (according to pack instructions) and sprinkle them over the affected areas. The tiny creatures will then do their job before dying away naturally. They are organic and gardeners with children or pets can use them with absolute confidence.