Since Blue Planet II aired two years ago, sustainability, and in particular ocean plastic, has been brought to the forefront of consumers’ minds after the TV documentary highlighted the issues and struck a chord with all watching.

The David Attenborough programme created a media storm across the globe, galvanized public engagement in environmental issues and highlighted how plastic has become massive pollution problem, especially in our seas and oceans.  The series revealed how plastic items – estimated to total more than 150 million tonnes – are causing havoc in the world’s oceans, resulting in the deaths of one million birds and 100,000 sea mammals each year. But what has been done to combat this since the broadcast? 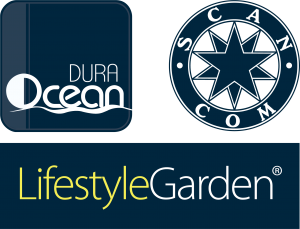 With a growing awareness of how much damage ocean plastic can do, products such as drinking bottles, phone cases, sunglasses, sportswear, swimwear, trainers and even Jenga have been carefully crafted from the recovered debris and turned into new and beautiful products.

In general, plastic recycling has increased rapidly in the UK from 425 tonnes of plastic bottles being recycled in 1994 to over 500,000 tonnes of plastic bottles, pots, tubs and trays. (source: RECOUP UK Household Plastics Collection Survey).   Re-usable coffee cups have become a common sight on the high streets, whilst plastic straws disappeared from pubs and cafes. Household names such as Asda, Britvic, Coca Cola, Marks and Spencer’s, McDonalds, Tesco, amongst others have pledged to make a fundamental change in the way they design, produce, use, re-use, dispose and reprocess plastics.

Within the garden industry, which is ‘green’ by nature, a survey by BBC Gardeners’ World magazine revealed that 75% of gardeners think the amount of plastic used in the sector is a problem and believe it is the responsibility of manufacturers and retailers to address the issue.    This is exactly the ethos that LifestyleGarden® adopted when launching DuraOcean®, the first commercially available outdoor leisure furniture made from ocean plastic.

Using plastic recovered from the Ocean Recovery Project, LifestyleGarden®’s parent company, ScanCom International has brought to market the first viable and groundbreaking ‘ocean plastic’ chair for ethically conscious consumers to feature in their homes and gardens.   Each DuraOcean® chair is made of 3.5kg of ocean plastic, such as recycled fishing nets, ropes and debris collected from the seas. The ocean debris arrives in pellets which is mixed into resin and gas-injected into a custom-built mould. The result is a stylish, robust, UV-resistant and ergonomically designed chair paired with hard-wearing FSC® Brazilian Eucalyptus wood.

Paul Cohen, Sales Director at LifestyleGarden® said; “DuraOcean®, which has taken the garden retail industry by storm, can be fully recycled at the end of their lifecycle, helping to reduce waste and its impact on the environment.  So far, 16,820kg of marine debris has been removed from the seas and refabricated into timeless and sustainable chairs. We are pleased to demonstrate our continued commitment to tackling environmental issues. We are determined to play our part by acting together with like-minded companies and retailers to reduce our plastic footprint.”

Limiting its impact on the planet is in the DNA of LifestyleGarden® and ScanCom, highlighted by the company’s mission statement of ‘Doing Business the Right Way’ which sends a clear message to suppliers that they must aspire to the same vision of ‘Reduce, Reuse and Recycle’, as well as a  common goal of promoting environmental responsibility and sustainability. The recently announced partnership with the Eden Project sees the educational charity collaborate with LifestyleGarden® on exclusively designed cushions and deckchairs, as well as featuring DuraOcean® and their limited-edition Banyan aluminum chairs in their catering areas.

If you want to find out more about LifestyleGarden® and its premium-quality outdoor furniture, please visit us at http://www.lifestylegarden.com and follow the team on Facebook and Instagram.

Further details about ScanCom’s commitment to the environment and social accountability can be found at http://www.scancom.net

Further details about the Eden Project, including booking tickets, can be found at www.edenproject.com

How to protect wildlife in your garden

5 ways to help save the bees at home

Haloo launches in the UK market its new range of premium and stylish outdoor heating, cooking and lighting ranges at Glee 2022.

When it shines, Haws watering cans make it pour

How to grow Lavender

How to protect wildlife in your garden

How to create a wildlife border perfect for pollinators

First Mow of the Season : 5 Tips on how to rejuvenate your lawn post-winter

Phostrogen®’s guide to watering your garden

Keep your hands protected no matter the gardening tasks with Town & Country gloves!

5 ways to help save the bees at home

IF YOU MOWED IN MAY – THAT’S OK

How to prevent and treat houseplant pests

The winning formula for healthy geraniums

UK grass is about to get a whole lot greener!

How to help the plight of butterflies with British wildflowers