A leatherback turtle was spotted this weekend by the Hebridean Whale and Dolphin Trust. True ocean wanderers, these turtles are rare visitors to the UK.

This incredible encounter, which occurred 15 miles west of the Isle of Muck, happened on the conservation charity’s most recent acoustic expedition on board their specialised research vessel, Silurian.

The expeditions aim to collect crucial scientific data on the whales, dolphins and porpoises –collectively known as cetaceans – found in the Hebrides. Scotland’s west coast seas are globally important habitats for cetaceans, but sightings of turtles are much rarer, with just one other encounter with a leatherback turtle in over 17 years.

The turtle, which popped up just 100 metres away from the boat, startled the crew on board, none of whom had ever seen a turtle in the UK before. 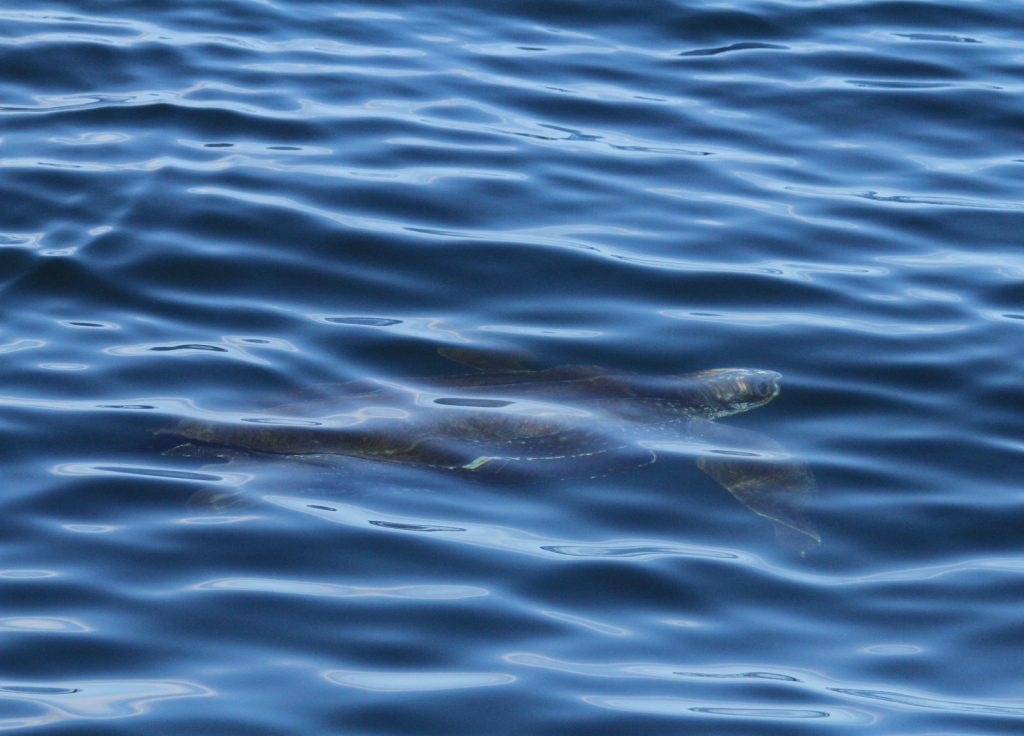 “It was truly a once in a lifetime moment for all of us on board. The turtle did not seem to be in much of a hurry to go anywhere and we floated alongside the animal as it swam over towards, using its colossal front flippers to propel itself forward with ease. It was enormous! We could see the whole animal under the water as it glided along, taking periodic breaths, before disappearing beneath the waves. I have been sailing around the Hebrides, year-round, for over two years now. This has to be one of the most magical and surprising encounters so far, and one I will never forget.”

Leatherback turtles are the largest marine turtle in the world, reaching up to 2.5 meters in length. They are extremely recognisable by their black, leathery skin covering their carapace (shell) and the seven ridges down the shell, which give them a more hydrodynamic structure. 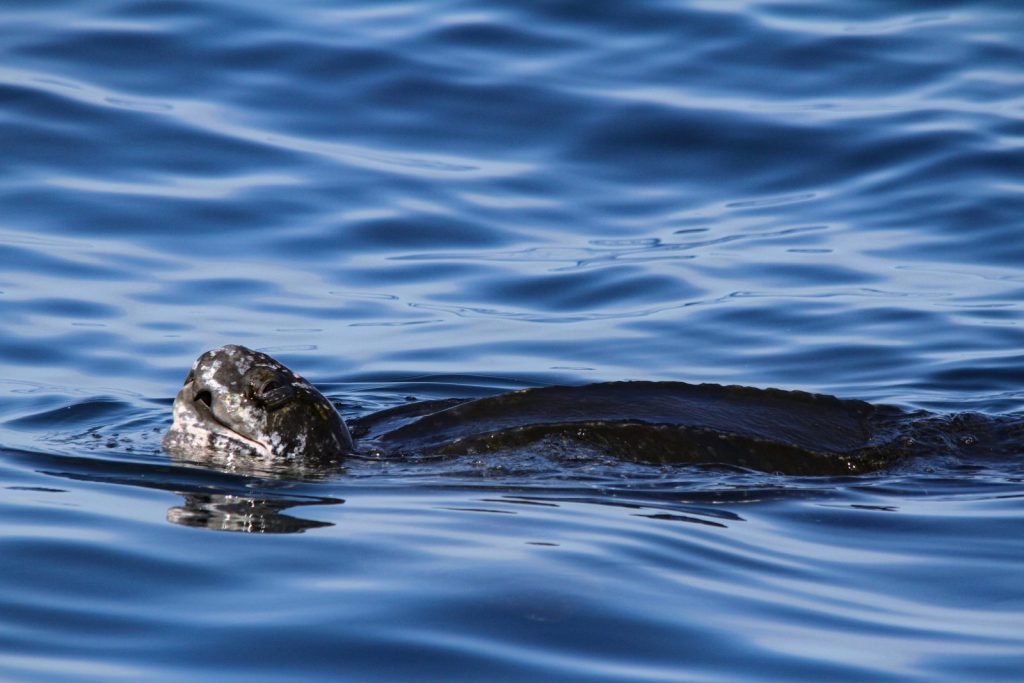 The leatherback turtle is truly an ocean wanderer and can be found all over the world, undertaking huge migrations across the Atlantic and Pacific Oceans, breeding in tropical waters and feeding in temperate waters. They feed upon jellyfish and other soft-bodied sea creatures and have downward facing spiny barbs in the oesophagus to trap their slippery prey! However, this incredible adaption has meant that they face increasing threats from marine litter such as plastic bags, which can be easily mistaken for jellyfish or balloons, and can also become trapped in their throats.

Although this sighting is rare, leather back turtles should feel right at home in Scottish waters as they have unique set of adaptations, including change in blood flow and a thick layer of fat, that allow them to have  internal control over their body temperature. This means that they are able to forage in temperatures lower than 5˚celcius. However, they do not come ashore on beaches in the UK, so if you see one of these turtles on land please inform British Divers Marine Life Rescue (BDMLR).

Since 2003, Silurian has travelled over 120,000 kilometers – equivalent to almost three circumnavigations of the world. The research has advanced understanding of resident and migratory species. You can join the Hebridean Whale and Dolphin Trust on their research expeditions next year, with trips lasting one to two weeks. Participation costs cover boat expenses, accommodation, training, food, and support the charity’s research.  See www.hwdt.org for more info.