When your strimmer has finally died forever and the time has come to look for a replacement, it’s no longer just a matter of deciding on what type of handle or power to go for, now there’s a new factor to take into account-petrol or battery? So what’s the case for battery? What is it that battery power has that petrol can’t give you? No mixing 2 stroke? No having to buy petrol? Low noise? No fumes? Saving the environment? All of the above? Yes, probably, so why aren’t the nations skips full of our discarded two strokes having been replaced by the lithium powered new boys? Run time, power and price are the usual excuses. So how does the EGO powerload strimmer measure up? 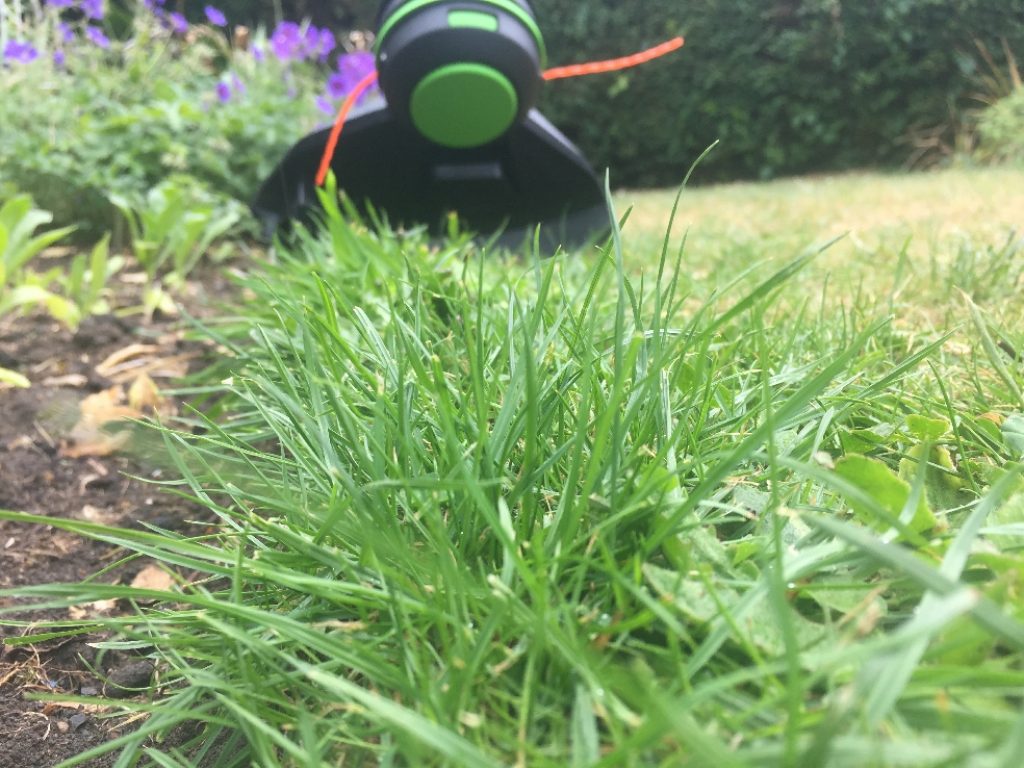 Second power. This machine runs from a 56v arc lithium battery power source. We found it had all of the cutting force of a mid range petrol strimmer, but without the vibration or fumes. Controlling that force was easy thanks to the soft start and constant speed trigger. 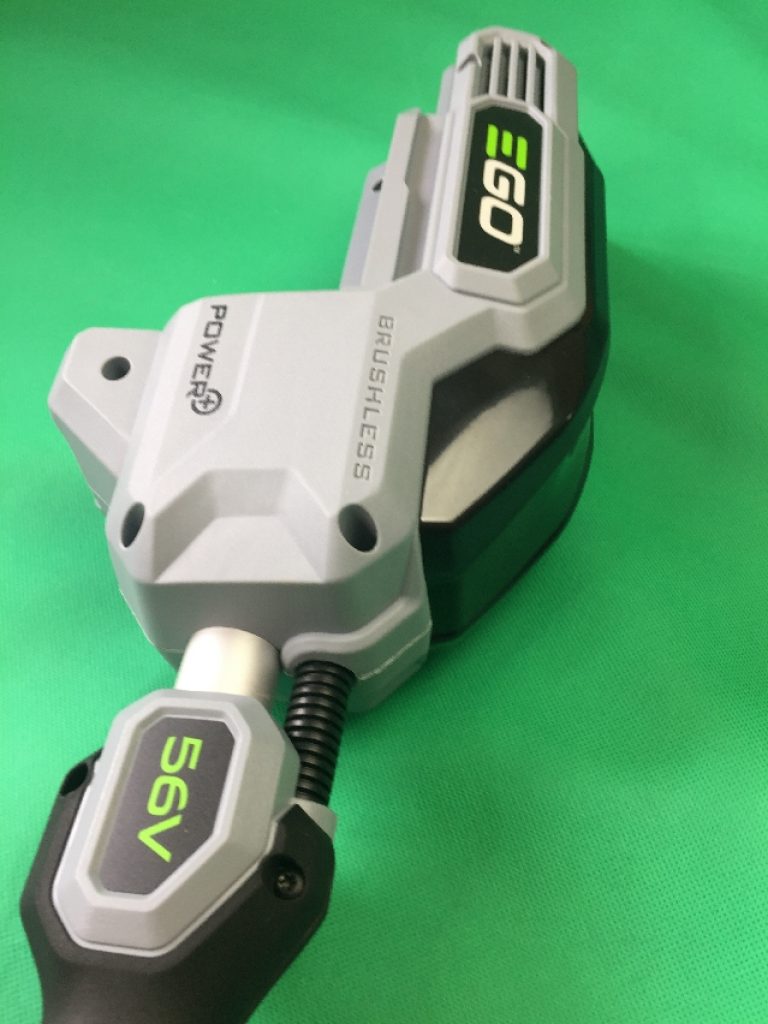 So what about that all important runtime? For tough conditions the machine would run for about half an hour using continuous full power. In practice, when strimming ‘on site’ the battery would last considerably longer.  Full power all of the time is not normally required for regular lawn maintenance and you can cut the power completely when walking between grass areas. We had the 2.5AH battery but they come with ever increasing run times right up to their top of the range 28AH battery but that’s some serious dosh, over £1000 just for the battery, but that will give the strimmer 5-6 hours of max power playtime. 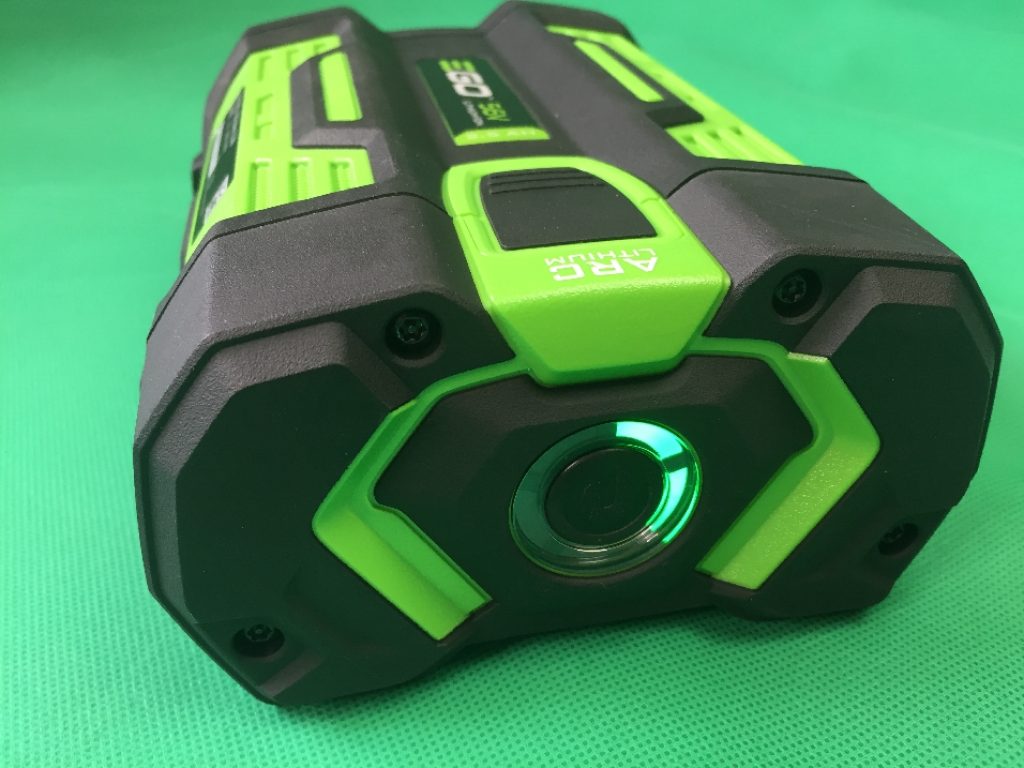 £300 could easily be justified for homeowners looking to maintain their own gardens. In fact, the saving on petrol would probably make the machine a cheaper investment in the long term over a two stroke. I can see this machine becoming the obvious choice for homeowners with a medium sized garden. 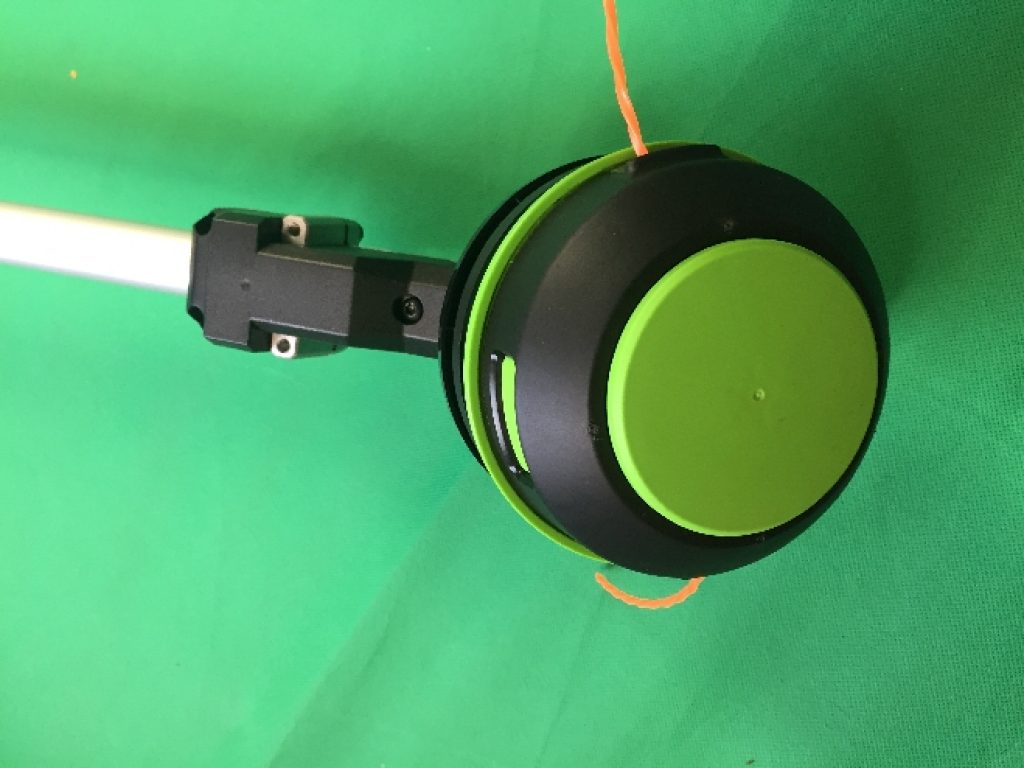 Contractors are a different matter. For your average one man band a thirty minute runtime is simply not enough and once extra spare batteries are added on, the price shoots up rapidly. Despite the superb build quality and toughness of this machine, the pro range is really the only option for contractors, and then it’s thousands rather than hundreds of pounds to find. Maybe a bit too much for your average sole trader to come up with. That gap in the market for a £500 strimmer with a five hour plus run time is still there. 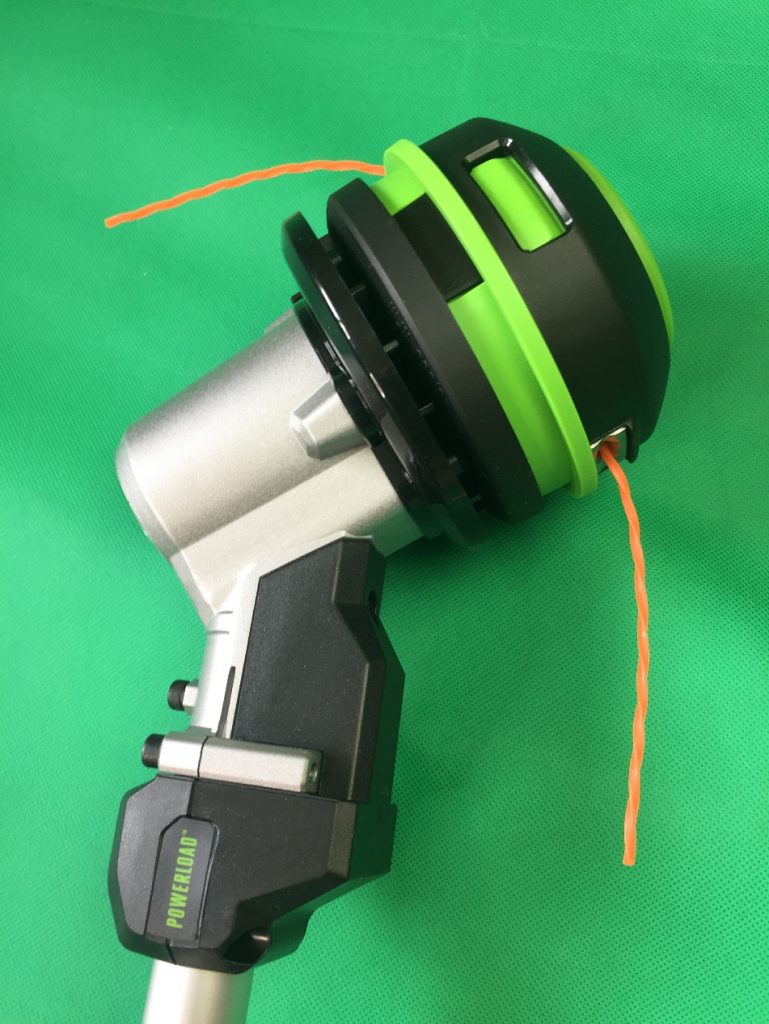 So what is the machine actually like to use? All in all, very good. It’s beautifully balanced. The ergonomics are top drawer right down to the armrest for your holding forearm should you want to go one handed at any time. The leading arm has a quick adjusting d loop handle. Just flick the catch, adjust to length, and close the catch. Brilliant! The quietness and smooth power delivery make the machine far less intrusive than a screaming two stroke. The cutting head takes my beloved 2.4mm line, so it has equivalent resistance to breakage as my petrol strimmer’s cutting wire. The bump feed is top notch with just the right amount of pressure required to feed the line. It doesn’t gun out line from being too sensitive or require an axe like swing to get line out by being unresponsive. The cutting width is a respectable 38cm.

Now we come to the big feature of this machine- the powerload head, a world first. So, when the line finally runs out, re loading couldn’t be simpler. No more fighting to co-ordinate holding the spring, head, and reel, while trying to feed the line through the case holes. It’s just a matter of cutting off 4m of line and pushing it though one of the holes in the head. It pops out of the other side then just pull it so that there are equal lengths of 2m coming out of each hole. Then the magic part. Just push the button on the head and it feeds in automatically. It takes just 10 seconds. Awesome!

So would we recommend buying one? In a word-yes, if you’re a homeowner. If you’re a contractor start saving for the pro range!