Defra Minister Lord Gardiner has today formally launched the National Garden Scheme for 2019, with more than 3,500 private gardens opening their gates to visitors every week to the end of October.

Now in its 92nd year, the National Garden Scheme opens thousands of beautiful privately-owned gardens for charity, ranging from impressive country houses to inner-city green spaces, community allotments, hospices and school gardens. While a selection of the gardens have been designed professionally, the majority showcase the amazing skills and talents of ordinary people in their own back garden.

With people able to discover gardens not otherwise open to the public, the National Garden Scheme has also announced total annual donations of £3 million to nursing and health beneficiaries, bringing the total donated since the charity was founded in 1927 to a huge
£58 million.

It comes as the government champions its Year of Green Action, a year-long drive to connect more people with the natural world.

“The natural world plays a vital role in improving our mental and physical wellbeing. I am delighted to launch formally the National Garden Scheme for 2019, opening up access to some of the country’s finest gardens.

“During this Year of Green Action, we want more people than ever before to have the opportunity to get outside and explore the many gardens on offer, discovering the beauty of nature and the health benefits this brings.”

“Many people tell us that time in a garden can make all the difference when they are struggling… The connection with nature, the sense of purpose, as well as physical endeavour can all contribute to positive mental health.”

Congratulating the National Garden Scheme on announcing annual donations of £3 million, Lord Gardiner emphasised how the charity is leading the way in championing the link between gardens and health – powerfully illustrated by its donations to the charity Horatio’s Garden which builds gardens for hospital spinal units.

Originally set up to support district nurses, the National Garden Scheme donated £8,000 in its first year and is now the most significant charitable funder of nursing in the UK. This year, the charity has continued to make an annual donation of £500,000 to Macmillan Cancer Support, Marie Curie and Hospice UK, as well as £250,000 to its founder, the Queen’s Nursing Institute. 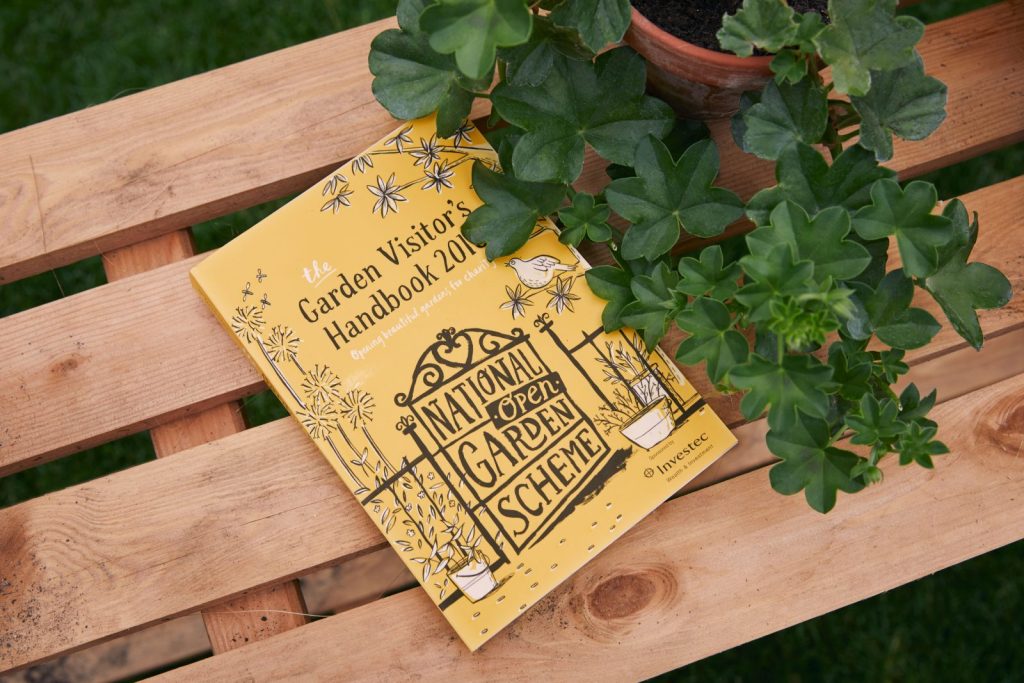 Since the 2016 launch of the ground-breaking report Gardens and Health which the National Garden Scheme commissioned from the King’s Fund, it has given annual donations to charities for projects which promote gardens and health. As well as two new donations to Treloar’s and KIDS, a special announcement was made of funding for all future gardens being made by Horatio’s Garden.

The National Garden Scheme also spent £190,000 granting bursaries to support gardeners at the start of their career and in partnership with the RHS, spent £16,200 to fund community gardening projects in memory of the garden writer Elspeth Thompson, who died in 2010.

“Having the Under Secretary of State join us today when there are many pressing matters to attend to, was an honour. The way in which he emphasised the powerful link between gardens and the wider landscape and the huge benefits that both can offer to everyone’s health and wellbeing, articulated one of our key messages, for which we were very grateful.”

In 2019, 3,500 exceptional private gardens will open to the public in England and Wales, through the National Garden Scheme, raising money for nursing and health charities through admissions, teas and cake.

About the National Garden Scheme

The National Garden Scheme gives visitors unique access to over 3,500 exceptional private gardens in England and Wales, and raises impressive amounts of money for nursing and health charities through admissions, teas and cake.

Thanks to the generosity of garden owners, volunteers and visitors we have donated a total of £58 million to nursing and health charities, and made a donation of £3 million in 2019. Founded in 1927 to support district nurses, we are now the most significant charitable funder of nursing in the UK and our beneficiaries include Macmillan Cancer Support, Marie Curie, Hospice UK and The Queen’s Nursing Institute.

The National Garden Scheme doesn’t just open beautiful gardens for charity – we are passionate about the physical and mental health benefits of gardens too. We fund projects which promote gardens and gardening as therapy, and in 2017, we launched our annual Gardens and Health Week to raise awareness of the topic.