THREE new world records have been set for vegetable growing at The Grow Show: On Tour, which was hosted by leading plant nutrient and growing medium brand CANNA UK and champion grower Medwyn Williams.

The Grow Show: On Tour offered UK growers the opportunity to weigh in or exhibit their show displays, with three dates being hosted in Mansfield, Piddington in Oxfordshire and Anglesey, North Wales. 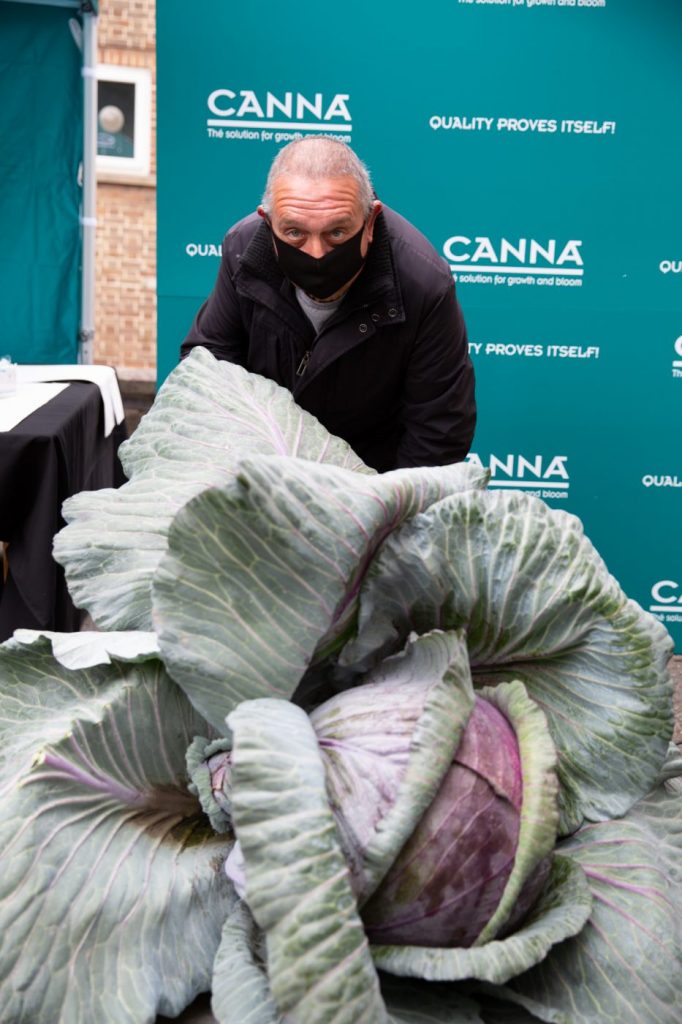 The event’s categories were heaviest, longest and show vegetables and offered UK growers the opportunity to weigh-in or exhibit their show displays – all of which were judged to National Vegetable Society standards by Medwyn and his co-judge John Bebbington.

All of the world records were set at the Mansfield event, starting with Joe Atherton – already a decorated, record-holding legend in the growing community – successfully breaking the record for the world’s longest beetroot, measuring an astonishing 8.56m. This was soon followed by a second success for Atherton, breaking the record for longest salsify with a 5.57m specimen.

Next up was Neil Hands, who took away the world record for heaviest red cabbage, with his grow tipping the scales at a whopping 31.6kg.

Nico Hill from CANNA UK said: “We’re over the moon that three new world records were set by our entrants. Joe Atherton is a well-known name in the growing community, with lots of awards and records to his name already – including his first-prize giant onion from last year’s CANNA UK National Giant Vegetable competition, which was grown using BIOCANNA nutrients and growing media.

“It was clearly a really successful season for Neil Hands as well, with his red cabbage smashing the previous world record by a huge 8.4kg. His 31.6kg entry was an incredibly impressive specimen, and we congratulate him, Joe and all our entrants efforts not just on their excellent entries, but also their cooperation and support in the delivery of a safe event for the growing community.

“Growers up and down the country had been working towards the usual weighing events throughout the harvest season, so it was important to us to give them the chance to showcase their hard work despite all the usual shows being cancelled by delivering a COVID-secure event. To make sure this was possible, the team worked very hard to create a safe schedule of events, using time slots to control the number of people present and ensure social distancing was adhered to. We also ensured that appropriate PPE was used by all involved, and that hygiene facilities and hand sanitiser were readily available to all.” 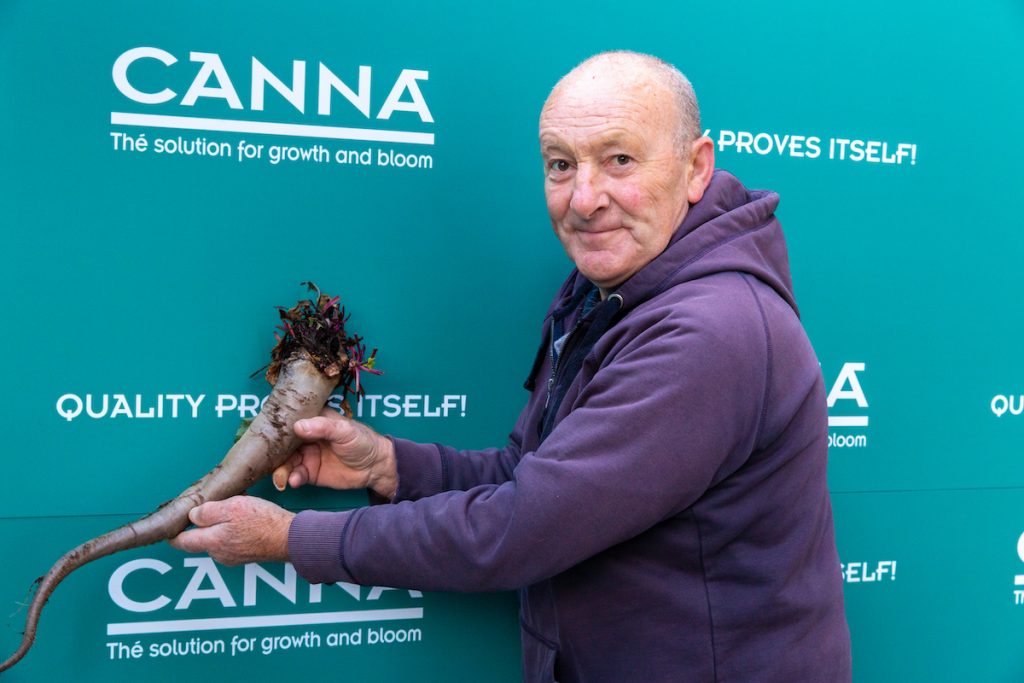 As well as the usual show vegetable categories, The Grow Show: On Tour also incorporated a junior and family fun category for those who may have turned to growing projects throughout lockdown. Entries were encouraged for sunflowers, garden on a plate and vegetable animals, with the hope of finding some of the champion growers of the future.

Medwyn Williams, event sponsor and judge, and 12-time winner of the gold medal at the Chelsea Flower Show, said: “It has been brilliant to have seen such a positive response from the vegetable growing community, especially considering that the majority did not think that they would have an opportunity to exhibit this year. A huge congratulations must be offered to all of the growers – especially Joe and Neil for their brand-new world records

“Many of those who competed in The Grow Show: On Tour would usually compete at National Horticulture Show level, with some even taking to international waters to partake overseas. Offering people the chance to compete safely on a national scale amid the unprecedented circumstances COVID-19 has created is a testament to the professionalism and organisation under which of all three events were held.” 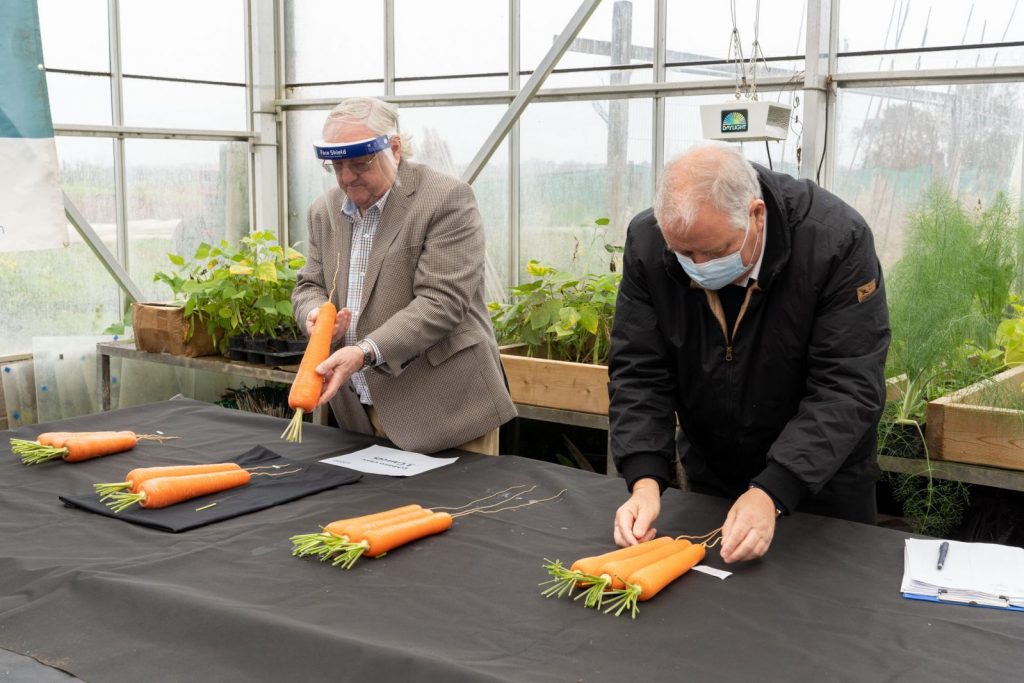 The show organisers worked hard to ensure that all events adhered to government COVID-19 safety guidelines and constantly kept procedures updated based on ongoing developments in the event locations.

Speaking about the safety measures in place, Nico said: “While it’s really important to us that growers still have the chance to compete in growing competitions this year, it was of vital importance that we kept everyone safe as well. This meant that hand sanitiser was available at all times, masks were required, and time slots had to be booked for entrants to help with attendance control and social distancing.”

For more information about The Grow Show: On Tour or to view the full results from the event, please visit https://www.canna-uk.com/grow-show-on-tour/

CarbonStore and The Woodland Carbon Code – Webinar 3 November, 10.00 am

John Deere will not attend international trade shows in 2021

Gifts For Your Little Gardeners This Christmas

Grow your own this Autumn #KeepBritainGrowing

ONE PLANTER RANGE FOR EVERYTHING – WHEREVER YOU LIVE

How to make an autumn wreath

Dobbies and the HTA urge people to #KeepBritainGrowing

IT’S TIME FOR A GROW YOUR OWN CHRISTMAS

ENVIRONMENTALLY FRIENDLY GIFTS FOR THE GARDEN LOVER THIS CHRISTMAS