Newly designed 53cm cutter deck Increased versatility and easier user experience Enhanced Versamow™  and cutter deck design A new two-way ratchet in the transmission means the rear wheels can turn freely in either direction Available from 1st October from £800     Honda UK has added two new lawnmowers to its line-up, offering class-leading cutting and collecting performance and superb ease of use.   The HRN536 VK, and HRN536 VY both have a newly designed 53cm cutter deck. Power is provided from Honda’s proven GCVx170 engine. The two new models feature multiple enhancements over previous HRG536 models, making them even more versatile and user-friendly. 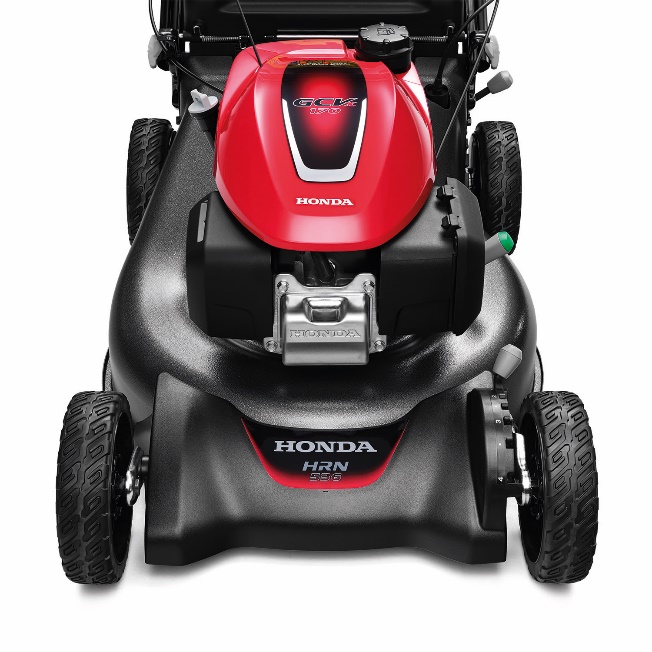 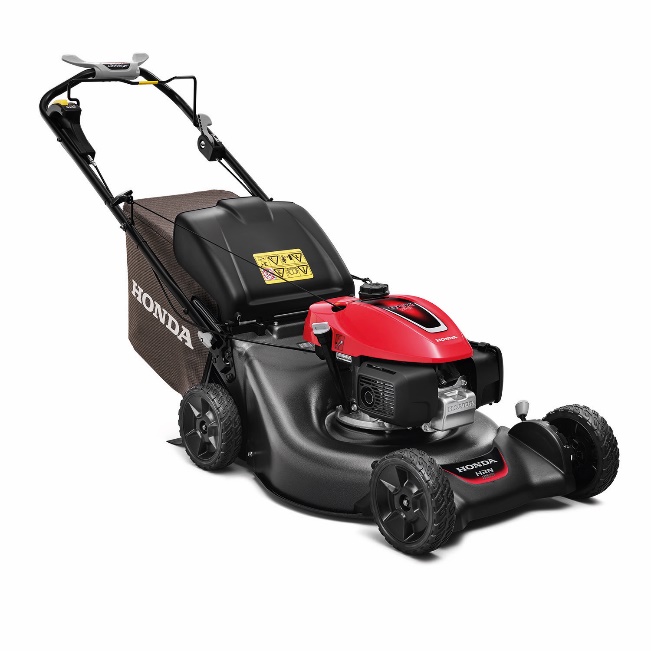 Smart Drive® provides on-the-move travel speed adjustment to suit the user and conditions. Movement and speed are controlled by the handlebar-mounted Smart Drive® lever, and the new models have a revised lever design which reduces thumb slippage for greater ease of use. A new two-way ratchet in the transmission means the rear wheels can turn freely in either direction when the drive control is released, reducing the effort needed to move the mower forwards and backwards while negotiating obstacles and tight spaces.

The cutter decks come with an enhanced Versamow™ selector. Versamow™ allows users to quickly switch between mulching and collecting grass, and the latest deck-mounted control is simple and easy to operate. MicroCut twin blades optimise cutting performance, and the new cutter housing design optimises airflow for best-in-class mulching and collection. There is a larger 70-litre grass bag, and the powerful filling action makes the most of the capacity even in challenging conditions.   Both models also offer a seven-stage cutting height selection. This is easily adjusted and set using two levers – one for the front axle and the other for the rear, and these are conveniently accessed from the same side.

Other design features which make it easier to look after and use the new mowers include a large diameter petrol filler cap for convenient refuelling with reduced risk of spillage, and new quick-release clamps allow the handlebars to fold quickly and easily for transport and storage.

The HRN536 VY has a similar specification to the HRN536 VK, but it also has a Roto-Stop® blade brake clutch for extra convenience. Roto-Stop® allows the user to start and stop the blade using a handlebar-mounted control while the engine is running. Advantages include reduced effort for starting – especially in long grass as the blades are not turning, and it also allows the engine to remain running while the grass bag is safely emptied so that there is no need to restart the engine each time. Roto-Stop® also enables travel between cutting areas using the engine to power the wheels while the blades remain stationary.   The new HRN536 VK and HRN536 VY are suitable for larger lawns including those with slopes and variable terrain. The attractive but functional styling is easy to look after and keep smart.   Find out more about our new HRN range here https://www.honda.co.uk/lawn-and-garden/products/lawnmowers/hrn/overview.html   Sales advice and service support are available through the Honda Contact Centre on 0345 200 8000.

Get Pepper Ready For The Next Year

Best Vegetables to Grow in Winter

The Importance Of Lawns For Biodiversity

Get a buzz from gardening – Best plants to boost mental health

How to Grow Your Own Potatoes

Scatter a little LOVE this Christmas with Seedball

Catering to the greener gardeners of the future

Introducing the Bar that never closes

Invasive harlequin ladybirds are better predators than native ladybirds, study finds – but are they driving declines?

How to start an urban garden on a budget

Environment
Keep up with the News
Recent Topics