HAVE YOU SEEN THIS CATERPILLAR OR MOTH IN YOUR GARDEN?

It first arrived in the UK in 2007 but, just 13 years later, the damage caused to box hedging is spreading across the country at an alarming rate. But help is at hand from a tiny creature living naturally in garden soil.

The caterpillar of Cydalima perspectalis, better known as the Box Tree Moth, is munching its way through miles of box tree hedging in many parts of England and is also present in Wales, Scotland, Northern Ireland and Ireland.

BASF and natural pest control retailer GreenGardener.co.uk have joined forces to highlight the danger the tiny caterpillar and resultant moth present to the UK’s ornamental hedging.  The partners have developed a tracking map to alert gardeners that the pest is on their doorstep – and to spread the word that there is an environmentally-friendly way to combat the box tree caterpillar, in the form of nematodes. 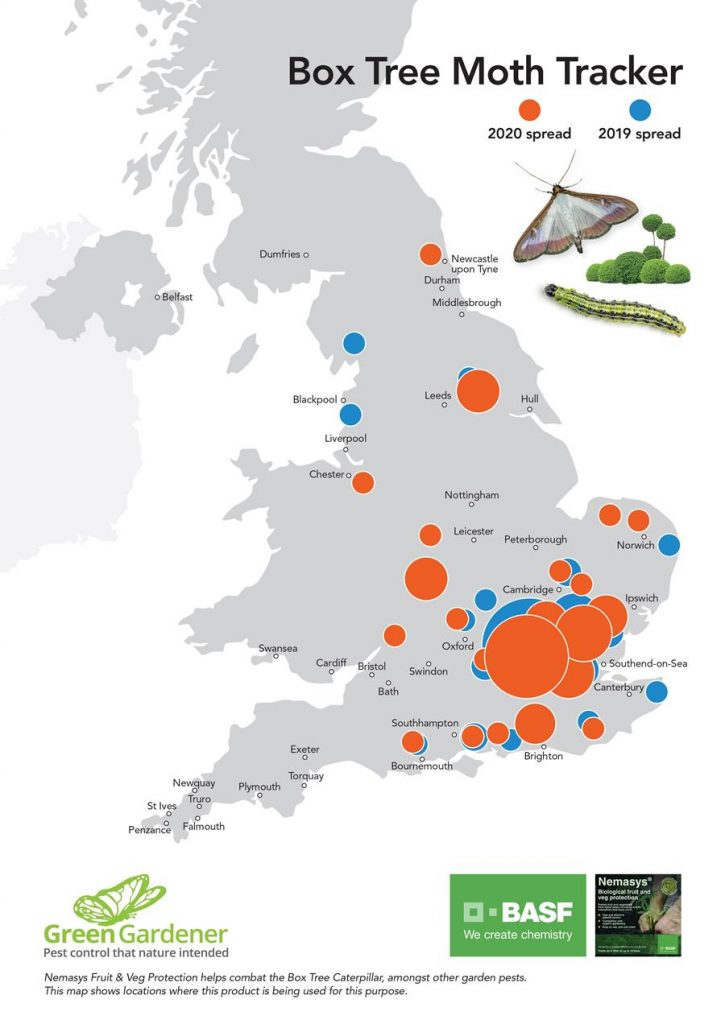 Although a native of Japan, China, Taiwan, Korea, India and far-east Russia, the moth has settled happily in Britain and is expanding its range rapidly.   The moths lay their eggs on the underside of box (Buxus) leaves and when the caterpillars emerge, they will rapidly defoliate large areas of hedging and topiary features. 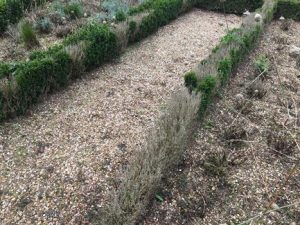 Eggs are laid between April and October and then the insect over-winters as a caterpillar. September and October are the best months to treat plants as they will be protected from hungry caterpillars through the winter. 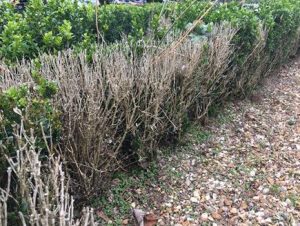 The microscopic, naturally occurring White Knight is the nematode that is present throughout Britain in garden soil.   BASF breed them in their trillions in their state-of-the-art facility at Littlehampton in East Sussex for their Nemasys range of pest control products.

Nemasys Fruit and Veg, which contains the White Knight nematode, is sprayed directly onto the leaves of the box with a hand pump sprayer when young caterpillars are present on the foliage, as nematodes must make direct contact with the pest in order to control it.  For the nematodes to work, they must be applied late in the evening (away from UV light, as it kills the nematodes) and under high humidity conditions, for example after a rainy day.  Weekly applications for at least 5 weeks from now until early October – longer if it remains warm and frost free – will safeguard the box through to spring.

Jon Manners, managing director of GreenGardener.co.uk said: “Last year customers were contacting us about problems with the moth mainly in London and the South East.  This year, we are getting queries as far afield as  Newcastle.  It is very worrying and points to a rapid spread.”

Nemasys Fruit and Veg and other nematode based pest control products are available only online as they are living creatures and must be used whilst they are fresh. They can be purchased from www.greengardener.co.uk

Have you spotted the Box Tree Moth in your garden?  If your box shrubs are showing signs of damage as described here, please contact us to report it.  Email Jon@GreenGardener.co.uk.

Spreading Christmas Cheer as Green-tech joins others in the Landscape industry to build a surprise sensory garden for a family in need.