Aspen fuel fills the tanks and the pockets for Redwood Tree Services!

Thirteen years into not using petrol from the pump, Nick Rose – Owner of Redwood Tree Services Ltd – says making the switch to Aspen Alkylate Fuel has filled more than just his tanks. The efficiency and cleaner performance of his 2 and 4-stroke equipment has led to huge financial savings through significant improvements in performance and reduction in costly repairs.

The seven operatives of the Surrey-based tree surgeons undertake a wide variety of domestic and commercial projects utilising a large fleet of petrol driven equipment – including in excess of 30 chainsaws. “I first discovered Aspen Fuel when I attended the Arb Show at Cirencester” explains Nick. “We were a relatively small firm at the time, conducting a lot of hedge work and domestic jobs, and I found I was experiencing a lot of headaches and side effects of working in such close proximity of 2-stroke engines. This was all but eradicated, overnight, after we trialled the Aspen product.” 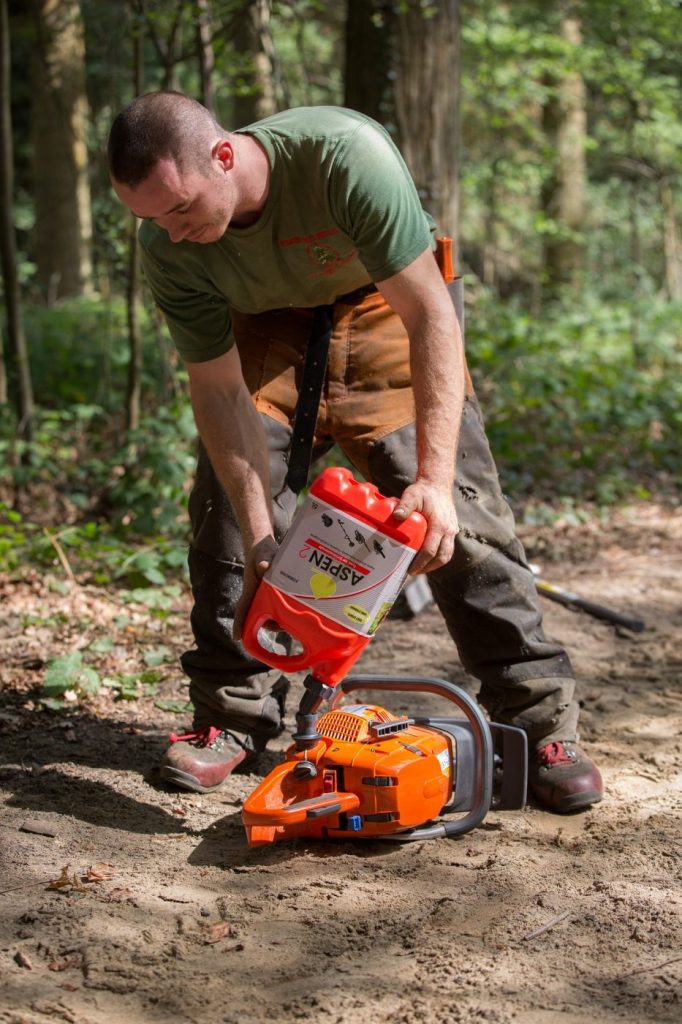 Aspen Alkylate Petrol is virtually free from sulphur, benzene and solvents, making it 99% cleaner than regular petrol when comparing the level of hazardous hydrocarbons. With these ingredients removed, the odour and infamous ‘blue haze’ produced is minimal, reducing the impact the machinery makes on both the operator and the environment. “The health benefits were apparent immediately, but we quickly also began to discover how much better Aspen was for the health of our machinery.”

“Our chainsaws and other equipment are in use tirelessly, but the fact that Aspen burns so much cleaner and is free from ethanol means we very rarely experience reliability issues when it comes to engine performance – Carburettor’s, gaskets, spark plugs even, which I’ve seen destroyed in a matter of weeks or months in chainsaws running on pump fuel just aren’t an issue when you’re using Aspen.”

The savings for Nick extend beyond that of costly replacement parts, he has also noticed a reduction in his overall fuel usage. “It takes us roughly six months to go through a 200L barrel of Aspen, which is great value when you consider the vast improvements in the efficiency of our equipment. Having the fuel on site is another major benefit and gives us further savings in the form of time, by not having to go to the petrol station every week. All around, it just makes complete sense.”