Following a poll on Twitter*, in which 40% of people had seen more slugs in their gardens, and a particularly soggy weather forecast for most of the United Kingdom over the next week, the Royal Horticultural Society is warning of a slugfestation this month .** 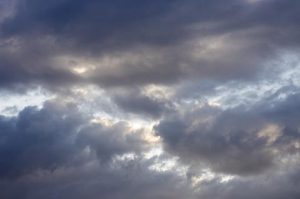 BASF breeds microscopic worms known as nematodes that search out slugs and eat them from the inside out. It has already seen double-digit percentage sales growth this spring and summer as gardeners look for ways to combat the slimy army – and is now bracing itself for a further peak in sales.

It’s Nemaslug product, which contains millions of the tiny nematodes (all bred at a specialist factory in Littlehampton, Sussex), is an environmentally responsible way to treat the garden slug problem as the microscopic organisms do not attack anything else and children and pets don’t need to be excluded from the treated area.  Once they have been watered around the plants, these worm-like creatures dig down into the soil to attack and kill the slugs.

Anthony O’Hare, BASF’s Country Sales Manager UK, said: “Normally, gardeners would be breathing a sigh of relief during August and the focus would be moving away from slug control and towards other pests such as leather jackets and chafer grubs, which can both lead to lawns being destroyed. But still the slugs keep coming.”

Commenting on the slug situation in their own gardens, respondents to the Twitter poll said:

“I have removed buckets of them and still they come”

“Way less this spring/summer, then suddenly more than usual”

“Suddenly they were everywhere”

Nemaslug can be purchased from www.greengardener.co.uk and other online gardening retailers.

**The RHS was interviewed by The Times in a story published on 19 August.

BASF has the largest specialist nematode production facility in the EU – and the only one in Britain – growing trillions of beneficial nematodes for use in their Nemasys range of pest controls.

Tips for planning A vegetable garden for 2021

Is Scotland ready for the return of lynx?

What to do in the garden this winter