In a microcosm of the greater battle for the environment, the fight for clean air in Bristol took a shady turn last week.The coalition of campaign groups battling to save three remaining mature maple trees from developers discovered that these trees were not in fact on part of the development site itself but rather situated on the highway, therefore publicly owned and in the care of the Council.

This revelation follows a shocking turn of events when early on New Year’s Eve residents awoke to find that two of the then five TPO trees, were being unceremoniously felled by the developer. This was in spite of the ongoing four-way negotiations between the campaigners, the developer Clayewater Homes Ltd, LiveWest housing association, the Head of Planning and the Bristol Mayor.

Organisations opposing the tree removal include the Bristol Tree Forum, Ashley Labour ward, the Clean Air Alliance, Youth XR, all united under the banner of Save the M23 Maples.

They say that the loss of these trees will have significant adverse effects upon multiple aspects of local community life, including further degradation of already dangerous air quality — with consequent health and asthma implications. This is compounded, according to the coalition, by the destruction of a vital tree canopy and wildlife corridor, as well as having significant long-term negative carbon implications. The tree felling itself is made all the more baffling given last week’s announcement of an Ecological Emergency by Mayor Marvin Rees himself.

What’s more, the campaigners were donated White Designs alternative plans for the site. These provided for the same affordable housing whilst preserving the amenity of these historic trees, plans which have not even been considered by Mayor Rees since his team broke off negotiations with the campaigners, once their researcher discovered the true public ownership of the trees.

Campaigners say they have now been forced to resort to legal action, after negotiations by the Mayor Marvin Rees, were cut off, “Just at the point when proof of land ownership was discovered,” says Howard Ogden

The public meeting will be held at 7pm on Thursday 13th February at Parkway Methodist Church, St. Werburghs, BS2 9RU

Howard adds: “We have all three Ashley councillors confirmed to speak: Councillors Mike Davies (Labour, on the full Planning Committee), Jude English (Green) and Carole Johnson. We have invited the Mayor and the Head of Planning. Our invitation to Clayewater Homes Ltd, to John Garlick and to LiveWest housing association remain open. We have online connections ready for these responsible people to really engage with the community. Will they take up our olive branch? Our theme of “Trees, Lungs, Land and Housing” is printed below. This the debate and the dilemma of our age, and we require elected officials to be accountable for decisions made that impact our vulnerable St. Paul’s children.”

Says Anita Bennett, of Labour’s Ashley ward, and learning disability Rescare Chair: ”We are still trying to help people off the end of the branch, and have not yet reached out beyond a few key Labour politicians and planners. Overworked people need our positivity and professional competence to scrutinise entrenched planning practices, soon to be privatised, worryingly. The success of the Bristol airport protest was directly due to a combination of brave councillors challenging pro-airport planning officers–and the kind of mass action we are seeing increasingly in St. Paul’s. ”

She continues, “The way that these planning applications have been forced through without any consideration for the residents or wider public is deeply undemocratic and once more shows the disrespect of those with power, for our people and for democracy. “We are shocked that although our Ashley Labour ward has twice voted to save the trees with new plans, our elected councillors steadfastly appear not to honour the wishes of resident members who actually live in the area. It is impossible to describe our deep disappointment, so we are overjoyed that the three councillors have agreed to attend Thursday’s public meeting.”

Not only are the developer’s plans deeply destructive and unimaginative, but they are wildly unpopular with local residents, who clearly understand that the denigration of their environment and loss of amenity is being wholesale disregarded by elites who do not live in the area and will not have to live with the consequences

Prof. John Tarlton, of the the Bristol Tree Forum and Save the M32 Maples said today: “With illegal levels of pollution, declining wildlife and soaring rates of asthma in the city, last week’s Council declaration of an Ecological Emergency, alongside the previously declared Climate Emergency, is welcome, but it’s actions in respect to the M32 maples is entirely contrary to this. We now have no choice but to escalate the call for a full debate on what has become the Wild West on Bristol’s streets, with unlicensed chainsaw operatives appearing at dawn to cut down Council trees.

“Our evidence proves definitively that the Nailsea-based landowner has not only illegally felled two protected (TPO) trees, but has done so on public land. His aggressive actions these past days show that he is determined to deliver to developer Clayewater Homes Ltd. a fully cleared site, and the Council has, thus far, failed to stop him. By not responding yet to our evidence of council ownership of the land, the Planning Enforcement officer has effectively given the green light to fell TPO Council trees, with no scrutiny or consultation whatsoever from elected officials, councillors and the Mayor, or indeed, the community.” He added, “the people of St Pauls and Ashley, and particularly those living in affordable homes, deserve a decent natural environment just as much as those living in the leafy suburbs”.

John Tarlton adds, “Mayor Marvin Rees has said, ‘What we build and how we build it will have the greatest impact on this city’s carbon footprint.’ Around 15 tonnes of carbon will be released into the atmosphere when these trees are removed, and this will take until approximately 2050 to be offset by any new trees that are planted, a whole 20 years after the date the Council has set for Bristol to be carbon neutral.”

His colleague Vassili Papastavrou adds: “This is an important wildlife corridor into the inner city. The Lower Ashley Road arboretum is being destroyed, with huge Indian bean trees cut down when even the planning officer said they should have been protected, and a dawn redwood now threatened 100 metres up from the maples. Losing a 500 metre tree canopy, a crucial link in an important wildlife corridor, flies in the face of the ecological emergency just declared by Bristol City Council.”

“Bristol City Council is about to give away a vital part of the local community, our environment, our economy and our wellbeing”, says Howard Ogden “Our evidence is overwhelming, the trees are ours, the burden of proof is on Bristol City Council”. But the barricades have gone up, in both senses, a giant hoarding was erected around the trees at the weekend and we have less than a week to stop the demolition.”

Susanne Hackett, therapist and member of the group’s Steering Committee, says, “This is the same Enforcement Officer who apparently gave John Garlick the green light to fell trees early on New Year’s Eve.”

“Along with the Bristol Tree Forum we are lobbying all elected councillors to have all important and TPO tree felling decided on by the full Planning Committee, and no longer one lone officer. And where there are developments with trees along the boundaries, they should be preserved. We are very concerned about the 800+ Council trees about to be cut in Hengrove for development.”

Lucy Wood, architect for White Designs, has drawn alternative plans which provide much needed affordable housing whilst preserving the maples. She says: 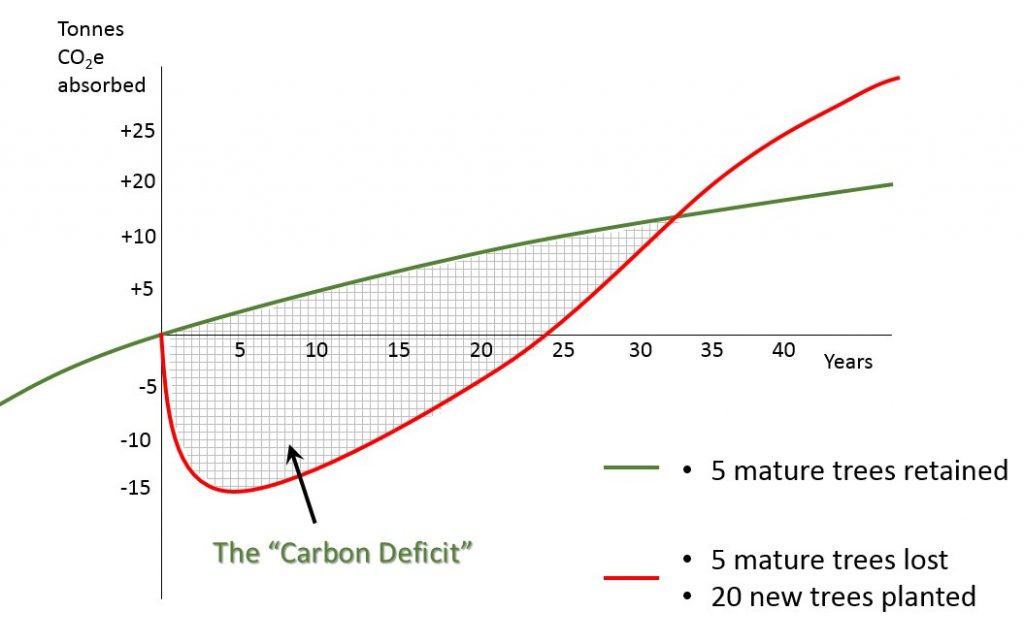 “White Design firmly believe that all developments should be designed to work alongside our precious natural resources and where possible further enhance them. Unfortunately there are some circumstances where this can’t always be achieved and so as a minimum on these occasions, mitigation measures should always form part of that proposal.

The issues of sustainability are environmental, economic and social, with the need for affordable housing being critical in building a better future. We are sure there is a way in which this housing need for the area can be addressed, whilst maintaining the presence of the Maples.”

Tina Biggs, for the Clean Air Alliance, will speak of the dangers facing the Clean Air Zone: “Plans that might make it tick the legal boxes could well end up doing precisely nothing for the pollution exposure of the people of Greater Bristol”

MedAct Dr. Hattie Nicholas, speaking on Thursday, works at the Bristol Royal Hospital for Children and she quotes a recent Full Circle report, which states: “Shockingly, 47% of our young people suffer with asthma.” Dr. Nicholas sayd, “And of those 76% live in the Ashley Ward.”

Campaigners say that every day counts in the run up to the demolition approval likely to be granted next Monday 17th. “These are our trees, for our children and our lungs. Low income people need them more than anyone if they are going to live next to Pollution Central St. Paul’s. Please come and talk with us again, Mayor Marvin and Planning Department. We have the solution for you if only you will listen,” concludes local resident and parent Chris Thomas

Tags: Save the M23 Maples